Visiting Wadowice you are closer to Saint John Paul II by seeing his birthplace, in very modest house overlooking the church, now basilica, where Karol Wojtyla was baptised, took first Holy Communion and often prayed. This is the place, where he spent his youth, where “everything began” as he said during one of his visits to Wadowice. You can also taste here “Papal cream cakes”, which he recalled when talking to his country people. 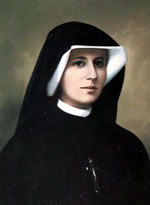 Trip tracing sister Faustina may include her birthplace, Glogowiec village near Swinice, where she was baptised, then Lodz, where being young girl she worked as domestic help and where she was illuminated by first vision, what made her decide to enter the nunnery. Next place is Warsaw, Zytnia str., the first convent, where she was accepted. Cracow (Lagiewniki district) is the most important place, where she lived for several years and where she died. The place is now one of main centres of pilgrimages, enriched by newly erected sanctuary, blessed by Holy Father in 2002. In old church in Lagiewniki there are her relics, where the faithful pay homage to that Polish saint. In most of Polish churches one can see the image of Jesus, completed with the words “Jesus I trust in you” painted according to Sister Faustina vision. 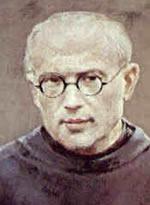 Almost all tourists coming to Poland visit Auschwitz, the former Nazi concentration camp, where they can also see the cell when the Franciscan monk, Maximilian Kolbe died of starvation, offering his life for another prisoner. But only few know Niepokalanow, the place founded by him in 1927, still existing as a Franciscan monastery where Saint Maximilian Kolbe’s museum was established. Well preserved wooden chapel from his time with the adjacent cell where he lived can be visited by pilgrims.

What my visitors say

Click here to see what the other tourists say about my service.